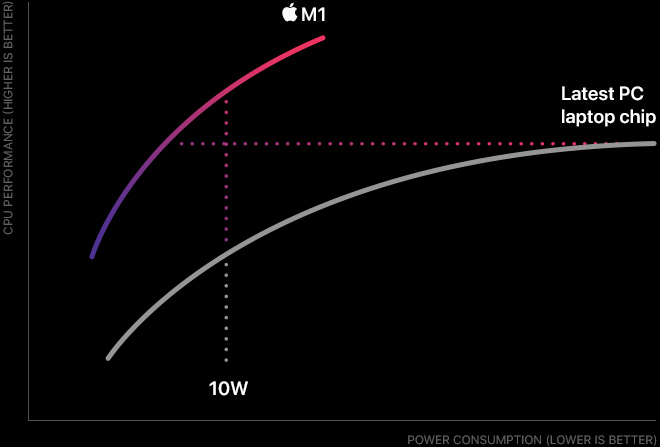 Apple silicon M1 is an impressive and efficient chip with better performance, speed, and features. With the successful release of the new product, Apple is thinking of moving its whole product line from Intel processors to the new M1 chip.

The new processor has lived up to the users' expectations experiencing its performance from MacBook Air and Mini. Since the chip's architecture is the same as the chips in iPad and iPhone, Apple Silicon Macs can run any mobile supported apps.

The processor is an ARM-based SoC that has four high-performance and four high-efficiency cores. It has an 8-core integrated graphics unit built into the chip and provides high graphics performance for heavy games and apps.

All the components being compact into the same chip makes the consumption of power a lot less as compared to the traditional processors. 8-core CPU offers the best performance according to the given conditions and tasks. The 16-core neural engine enhances machine learning capabilities.

The Geek benchmarks in terms of the single-core performance scores for the fan-less design M1 mac computers is 1689. M1 mac chips got beaten by the Intel iMac, which scored 9021, while M1 scored slightly lower of 7288 in multi-core Mac Mini. The single-core tests M1 MacBook Pro showed the better performance of M1 Macs as it performed 36 percent faster and better. In multi-core, M1 processors performed 61  percent better than Intel's 13-inch MacBook Pro.

On previous MacBooks, everything from the CPU, the GPU, the T2 chips, the memory, the thunderbolt controller, and I/O chips were on the Logic Board's different areas. So, data had to travel back and forth between all the components, which caused latency. Now, with the new M1 chip Macs, all of that is built into one single chip. Every piece is connected using high-bandwidth fabric, which connects the unified pool of memory to access every component without needing to copy the different memory pools like traditional systems must do. 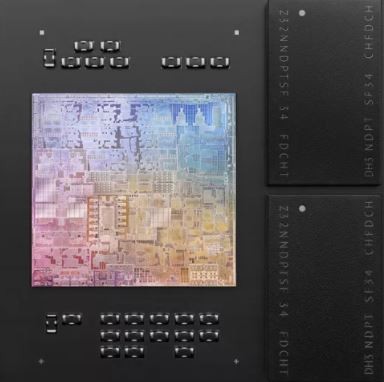 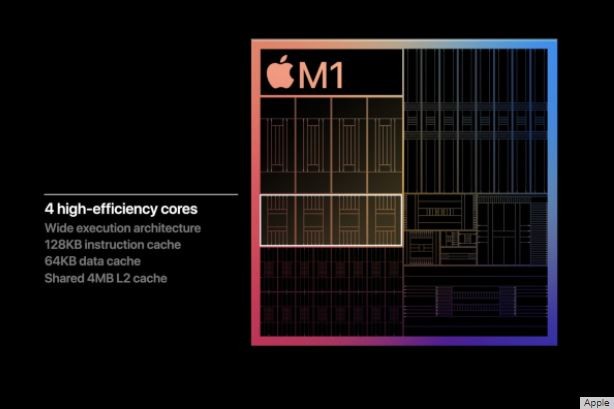 The standby battery life on the MacBook's is incredible because it uses only 1 of the efficiency cores, enabling the always-on feature. The M1 chip has a 16-core Neural Engine and two dedicated machine learning accelerators.

A new Image Signal Processor will help make the 720P webcam look better, with better exposure, less noise, and more accurate white balance. There are also video encoders and decoders, which will significantly help for video editing and enable low-power video playback. It is also one of the prominent features that allow the MacBook Pro to get up to 20 hours of battery life. M1 chips also support the latest Gen 4 PCI Express.

Being an ARM-based architect, like iPads and iPhones, Macs can run the same apps without any other software. That is a huge advantage for developers, as, in the past, they had to make two different apps based on the variants of the iPhone and the Mac. Note only a single programmed app can work on both devices.

Using the M1 chip, you can get much better security with the built-in Secure Enclave. It is hardware verified secure boot with automatic high-performance encryption macOS run-time protections. The new architecture is way less prone to security issues than Intel chips, which continuously have security flaws like Meltdown and Spectre.

The downside or you can say the not so good thing about the new ARM-based architecture M1 chip is that the third-party applications need to be updated to support it if they want to run natively. But it might not be an issue as Apple created Rosetta 2, which will help run the apps finely.

There are not many drawbacks if we look at the specifications and the features of the Silicon Chip. No doubt, Apple did a fantastic job in this new product.

Here are some of the prominent features and specifications of the impressive M1 silicon chip.